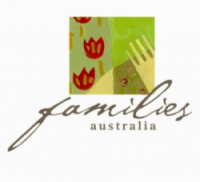 Applauding NAPCAN’s outstanding leadership in running National Child Protection Week for over 20 years, Families Australia’s CEO and Convenor of the Coalition of Organisations Committed to the Safety and Wellbeing of Australia’s Children, Brian Babington, said ‘child abuse and neglect continues to be one of the nation’s most serious problems.’

Nationally, over the 12 months to June 2012, the number of children who were the subject of abuse or neglect substantiations increased from 31,527 to 37,781.

‘The over-representation of Aboriginal and Torres Strait Islander children and young people in the child protection system remains particularly serious. In 2011–12, Aboriginal and Torres Strait Islander children were almost eight times as likely to be the subject of substantiated child abuse and neglect as non-Indigenous children.’

The National Framework for Protecting Australia’s Children is a major advance. Yet, greater effort by all parties—governments, the NGO sector and the community at large—is needed to achieve a substantial reduction in rates of abuse and neglect.

More is needed to tackle the underlying causes of child abuse and neglect, particularly in responding early to the needs of families and children who are experiencing vulnerability.